We're back at the Fabulous, just after Antay and Shaska's birthday. In fact, they haven't even finished the birthday cake yet! 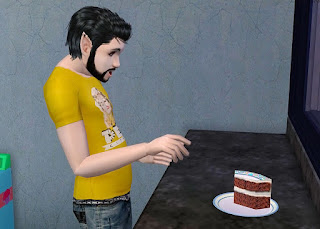 Feeling bloated? Must be all that chocolate. 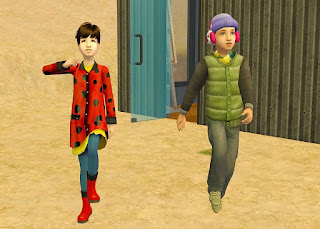 For the record, that's when I fell in love with Shaska. The flies? All but forgotten. 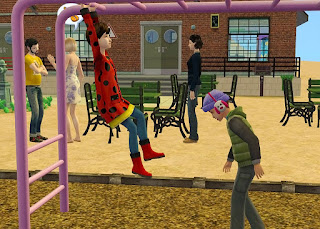 Yann took the kids to the park. Marvin and Shaska play very happily together. 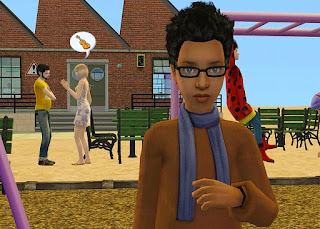 Antay is quieter, and a bit more shy.
(That's Yann and Erin Beaker, at the back.) 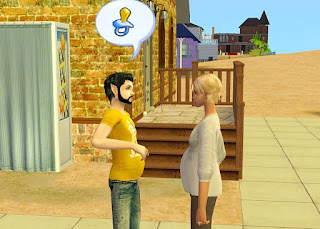 Yann then goes to chat up have a quiet conversation with Deirdre Surprise. They have a lot in common. 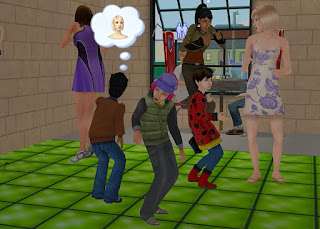 It started raining, so everyone rushed inside the warehouse... They're jumping to the beat of a thunderstorm. 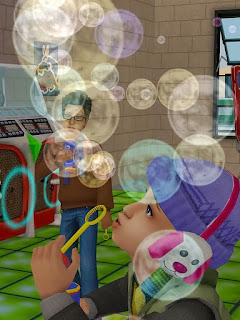 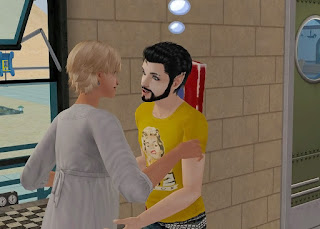 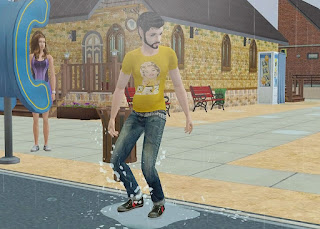 Serious face. While jumping in the puddle. Me: *dies*.

Yann, you really weren't supposed to steal the show when I made you in CAS, but I love you a little bit for it. 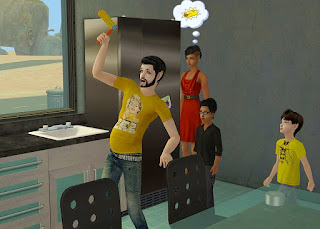 There's another birthday under way! With that many kids, I'm surprised they don't have a birthday every five minutes. 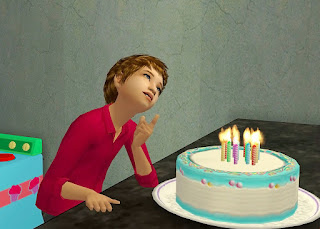 Mehhhh I don't want Marvin to grow into a teeeeeen! 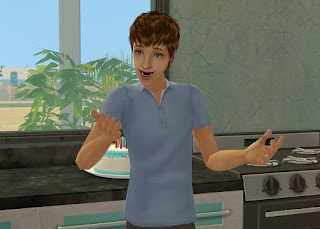 Oh. OK. Maybe I do.
This cutie is a romance sim, he'll have a knowledge secondary, and his LTW is to woohoo with 20 different sims.

He doesn't have a say in the matter: that's what he was like in Strangetown #2, before it all went kablooey.
I *know* the new Strangetown won't be anything like the old one - it's already different in so many ways - but I feel very nostalgic of Marvin, Duanan and Flykra's college experience. I'll give them the same start, at least. 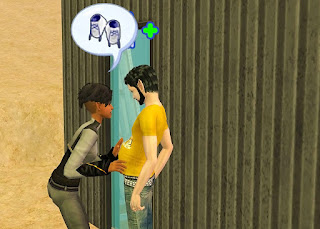 What is it with women being so obsessed with Yann teaching rugrats to walk? Chloe was telling him the same, back when she was pregnant with Elvis! 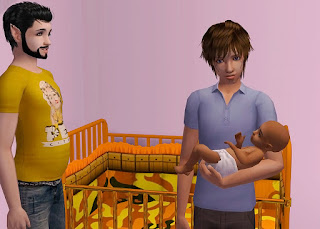 Proud daddy with his oldest and youngest sons.
Marvin looks a bit confused (and temporarily tattooed. I gave these facial markings a try - they look nice, but made me want to quit the Sims and play Dragon Age whenever I looked at them. Not. Helpful.) 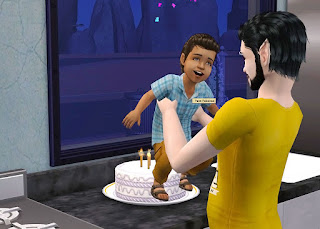 And that's little Elvis growing into a toddler! We actually missed the birthday cake by a minute. He looks a lot like Antay. 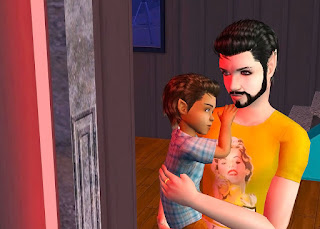 Posted by Raindrop Drinkwater at 13:11