Last time we saw the Beakers, (and that was a while ago, what with all that College thing!), Loki was being a fantastic father to Mary. Who isn't his daughter, but whatever. He was also all kitted in manternity wear. 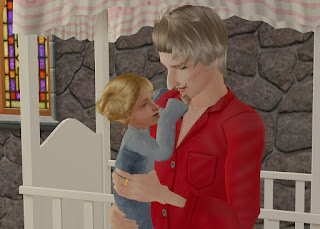 He's still a great pseudo-dad, and he's still adorably pregnant. I'm tempted to let him waddle around like that for 5 more trimesters. 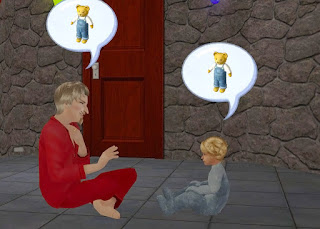 He keeps teaching Mary all the toddler skills. I totally think he should get the aspiration points for that... Oh well. 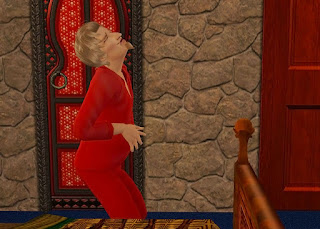 Okay, I'm curious to see what the baby looks like. No permanent waddle for Loki. 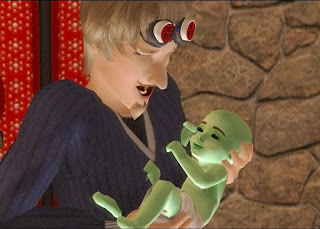 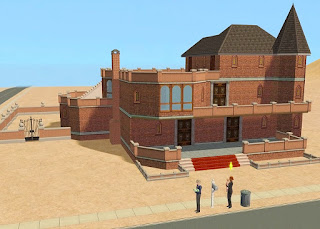 At that point I decided to move them to a new castle. The original lot kept throwing my camera out of whack, even after I moved it away from the initial spot. The new lot looks similar enough, I think, and there's space for a car. 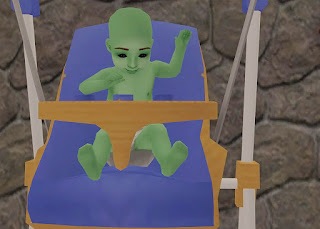 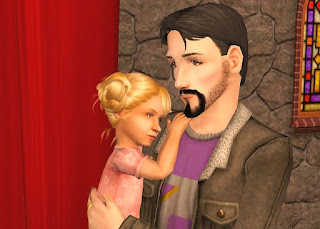 Nervous Subject is being adorable. He always is, with kids.

With Nervous still in the house, Circe got a phone call from Vidcund, who invited her Downtown. To my surprise, Nervous tagged along. 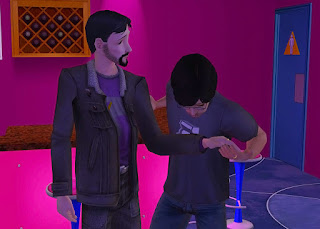 And he kept being adorable. 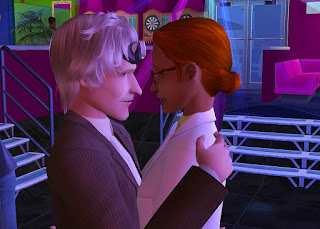 These two are lost to the world.

How long did they dance? I don't know. It was long. It made me feel very sad for Vidcund. 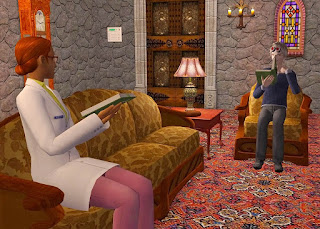 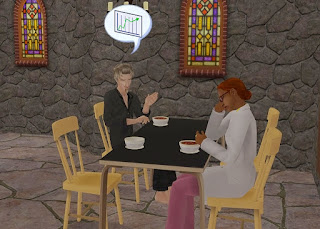 Was it guilt? Did someone spill the beans at work? I'd like to think so. One thing is sure: the day after that, Circe got demoted. Loki tried his best to comfort her, reminding her that life is made of ups and downs - but it didn't really help. Though bonus points to Loki for coming up with such an appropriate speech. 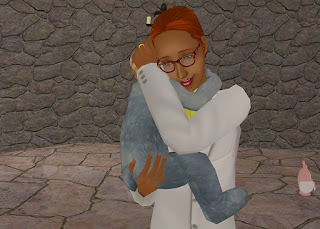 She could only find solace in the presence of her, and Vidcund's, daughter. 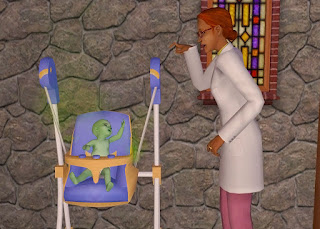 She was particularly vicious to Azophi, though. 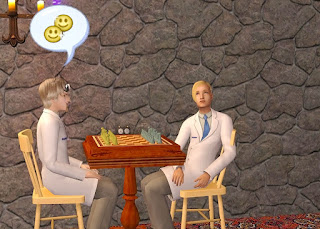 "Look! Your best friend is plastered all over the ceiling." "Where ?" *That's right. Eh eh. Moron.* 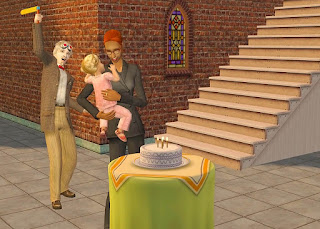 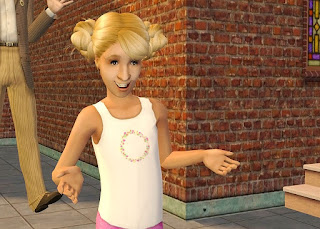 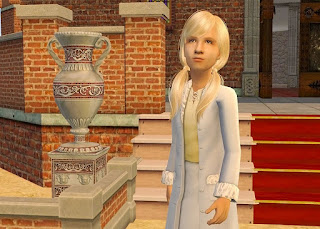 Oh my. Mary's striking, and very unique looking. Can't wait to see what she looks like when she grows up. 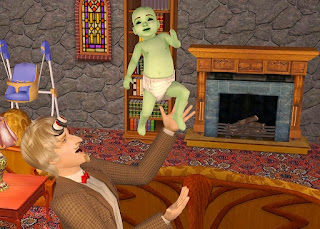 It's also Azophi's birthday! Which I totally forgot because I had turned aging off for one day! 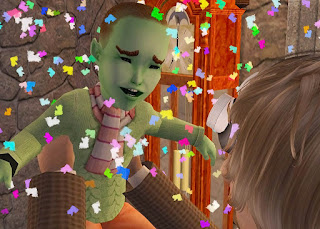 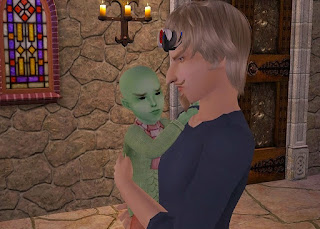 Okay, that's better. He looks like a green Spock, with his pointy ears and just-as-pointy eyebrows.

Next: another rotation with the Beakers, because I can't count. But that's all right because we're getting a new baby!
Posted by Raindrop Drinkwater at 20:11