Phil Jitmakusol has wanted to marry Surprise Surprise since the day they met, so I gave them an extra mini-rotation just for that. It also allowed me to catch up a bit with the Fabulous, as I want to keep them in sync.

Finally, I was curious to see the results of some new default replacements I had installed. 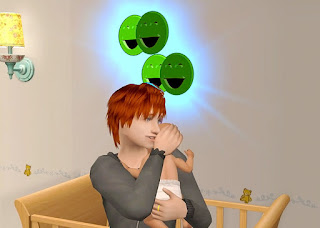 So that's Darren, in his new default hair, cuddling baby Svanhild. And being adorable, as usual. He's cute like that, but this haircut isn't quite him... I've found something better since. 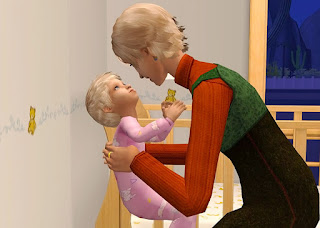 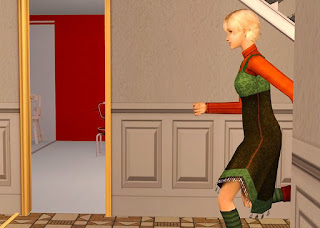 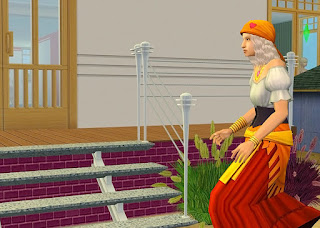 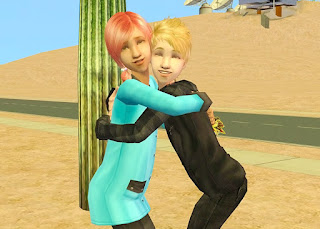 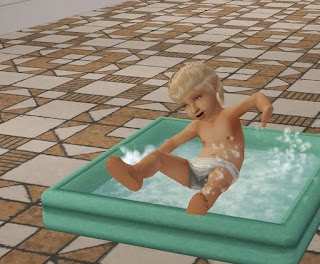 Dagfinn splashes about to his heart content. The cute, it kills me! 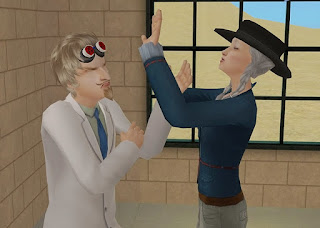 Surprise, on her way to buy a wedding dress, goes all *ignore mode* on poor Loki Beaker.
(They're actually getting along quite well.) 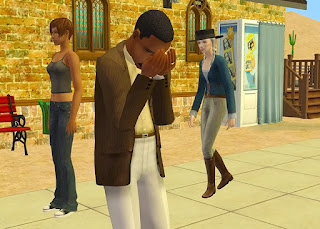 You know, whenever I see Stephen Tinker on a community lot, he gets involved in a fight or a poke-fest.
I may have to play him at some point to see what the fuss is all about! 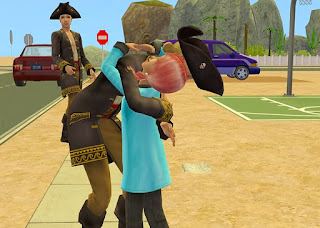 Formal clothes bought, and Deirdre is home. She's even brought in a guest. It's wedding time! 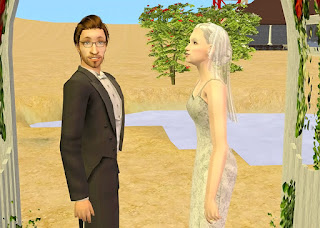 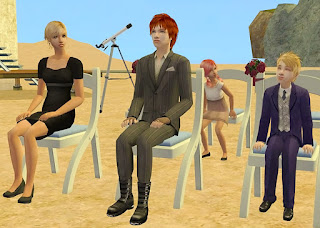 Just the family, and Deirdre's work colleague. Phil and Surprise are not party animals, so that will do just fine. 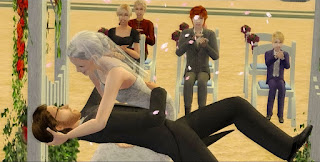 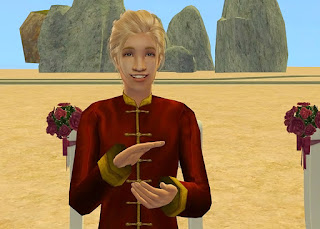 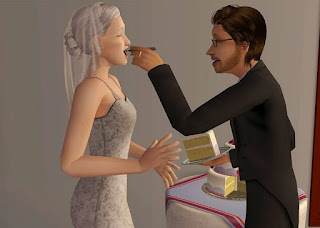 Phil is, of course, super sweet. 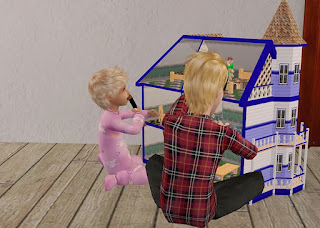 Immediately after the party, Duanan goes back to playing with Dagfinn. 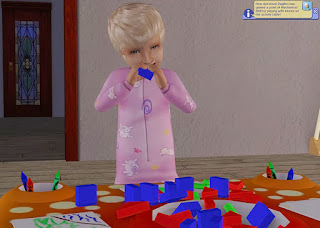 Dagfinn gains a mechanical skill point by sheer cuteness. As you can see by this picture, he actually has zero mechanical ability. *chomp chomp chomp*

Don't look so surprised. You have four kids already, you should know what this is all about. 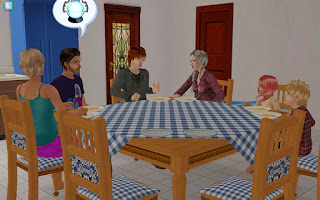 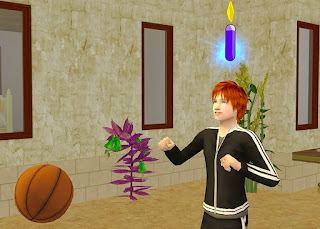 The Surprise family, which was full of crazyness in its first incarnation, is now pretty much drama-free. They're absolutely fantastic to play, though. They're just... nice. So let's end that post with a nice pic of Flykra and Duanan: 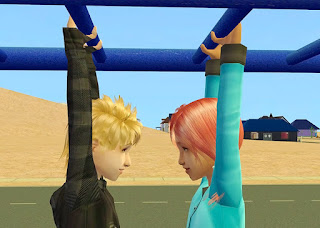 Next? The Grunts! And there's a lot of them!
Posted by Raindrop Drinkwater at 15:11