It feels like forever since I've last blogged about the Curious, especially as so many things have happened: 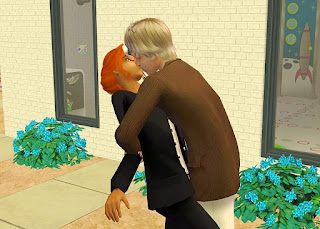 Oh, and Vidcund is having an affair with Circe Beaker. But you knew that. 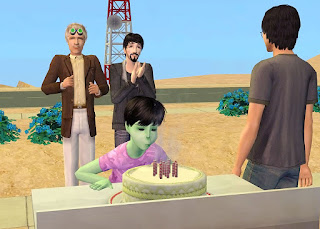 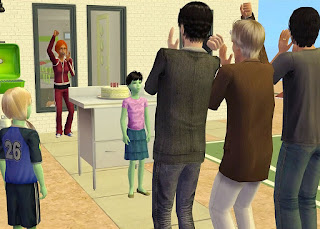 After such a long break, you'd expect Tycha (Pascal's daughter) to have turned into an elder. But no. She's just about to turn into a teenager. 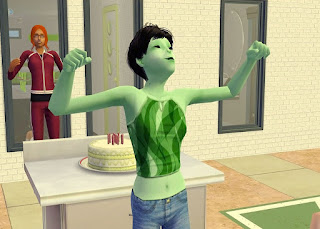 YAY! She rolled Fortune (not my fav. aspiration, but it works for her); and she's gay. 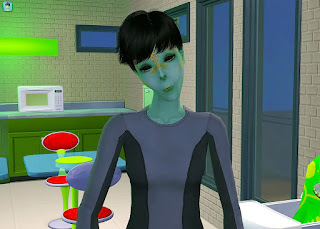 Post-makeover. She's too cute! I just added some spots because I felt like it. 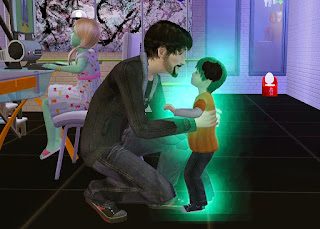 You haven't really met Ariu yet. He's a quiet little boy, and he has Nervous twisted around his little finger. 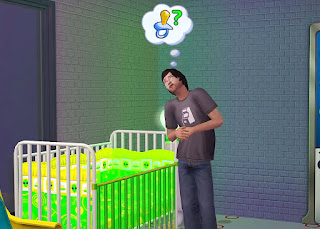 Oh yes, I forgot to mention that part... I'm afraid our dear Pascal got abducted again. 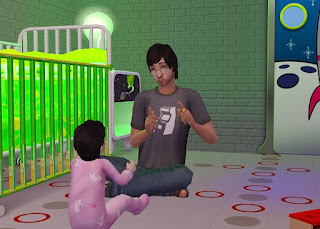 He manages to *not* throw up on Ariu, thank you very much. 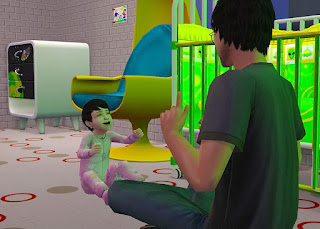 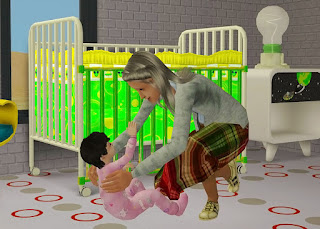 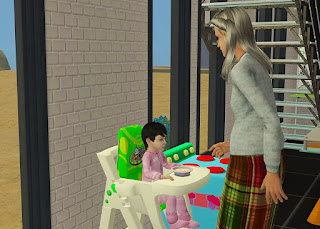 She does what I rarely do... plop down a starving toddler on a chair and feed them Real Food. 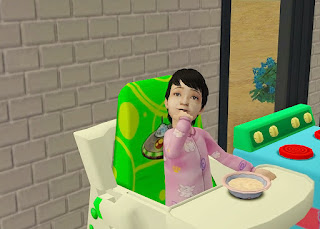 Yep, I should definitely do that more. 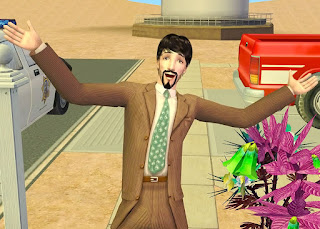 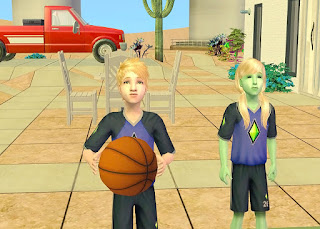 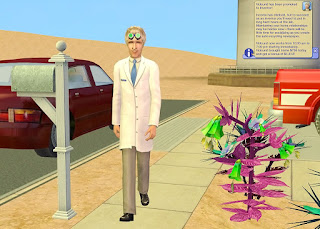 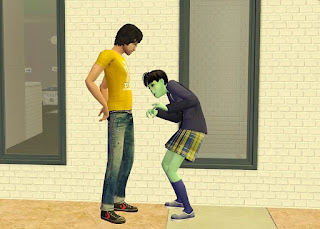 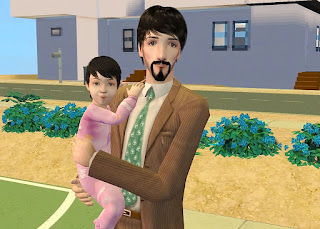 Ariu gets most of his looks from Pascal, but I think there's a bit of Mama Nervous in him still. 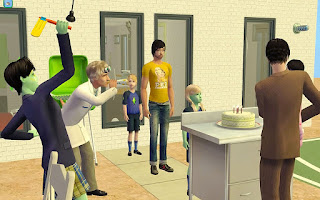 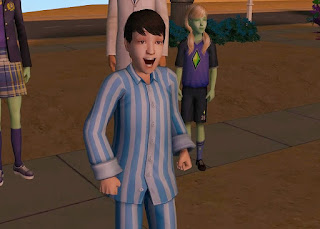 I'm going to split it there; the Curious definitely deserve two posts, after having been neglected for so long! You can blame Yann the Fabulous for that, by the way: I keep mixing up their family names when it comes to playing the next rotation.

(You can blame Yann Fabulous for most things, actually.)
Posted by Raindrop Drinkwater at 13:06