We're back at the Grunt, and General Buzz is being his usual awesome self with glowing babies: 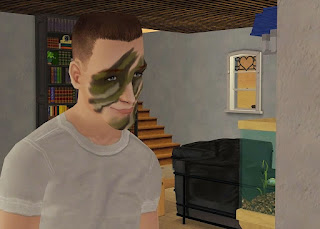 But enough of that. Time for the grand plan! We've invited everyone. And we've even bought an arch and all that stuff. 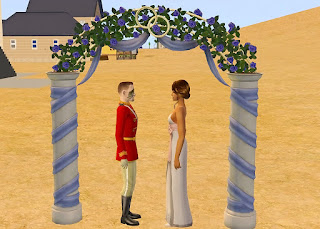 Buzz looks great in his red uniform. Kristen's not too bad either! 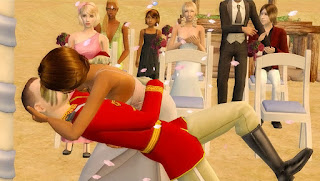 Ahem. Anyway. That was my grand plan. :-D 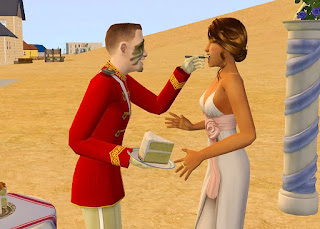 Cake time! He wasn't even too mean.
In fact I think he lost his mean points when he first cuddled Paradise. 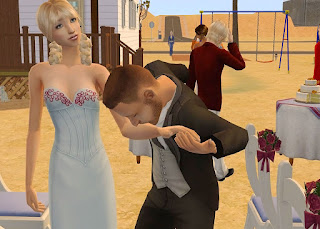 That wedding thing gives *someone else* some ideas. 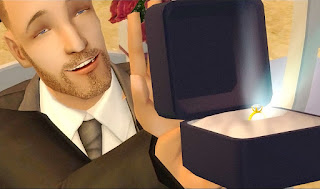 And that's when I realised he hadn't popped the question yet. Oops. 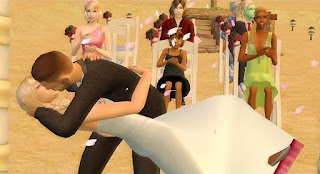 That kind of makes it a Las Vegas wedding, then. (And a shotgun wedding, too. But hush! I haven't told you anything.) 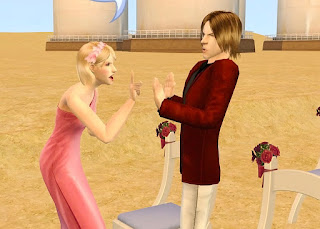 Oh dear. I had plans for these two. That's Erin Beaker and Ripp Grunt, in case you don't recognise them in my makeovers. 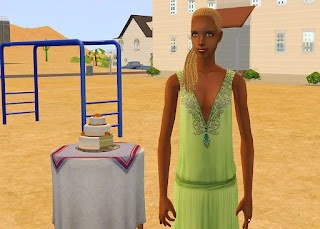 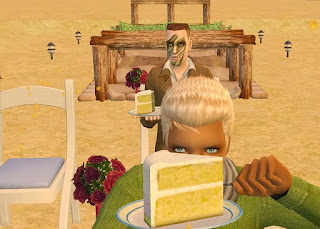 Ocean Smith was invited, of course. But he decided to come incognito.
How bizarre! 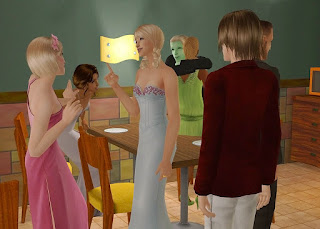 I love big family reunions. From left to right: Erin Beaker, Kristen Loste, Marsha Grunt (yay!!!!), Ripp Grunt, a shade of Tank Grunt, and at the back there: Johnny Smith tackle-glomping Ophelia Nigmos. 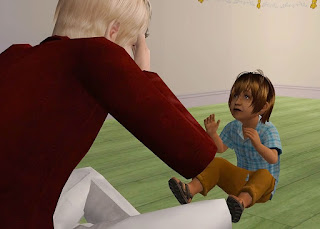 I have good hope for Midnight. He seems to have inherited General Buzz's facial expressions. 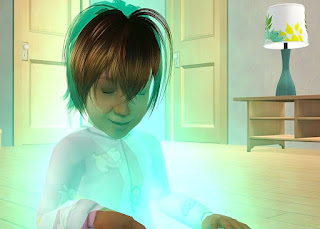 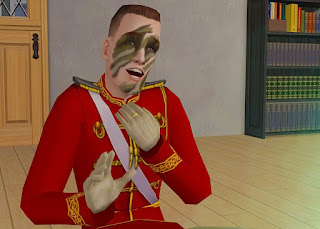 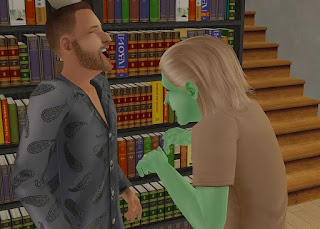 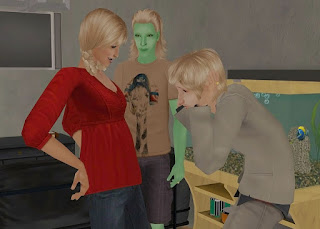 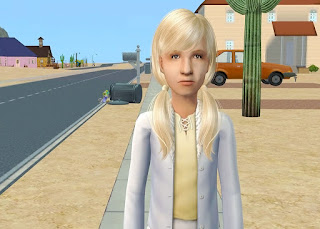 What has this poor trash can done to you, Mary Beaker? 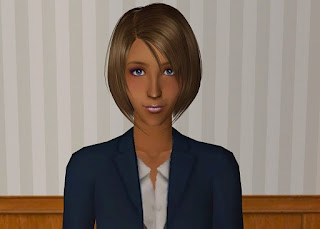 I found the right haircut for Kristen! Finally!!!! 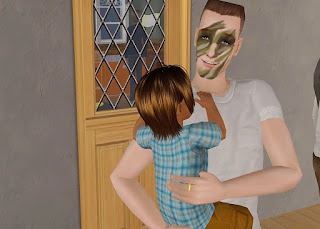 More General Buzz spam. Because I can. 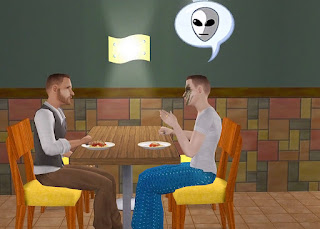 "Watch out with that telescope of yours, Tank. I've heard that's how aliens spot you."

... That's right. Thank you for reminding me, Buzzie. *adds new bullet point to list of grand plans.*
Posted by Raindrop Drinkwater at 21:23