So you may remember that Chloe Single gave birth to little Elvis, her and Yann's illegitimate son. And that Yann dropped in just to prove that, although is a lousy husband, he's a great dad.

Problem: he already has three kids at home, who need him just as much as Elvis.
Solution: 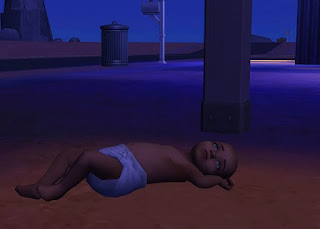 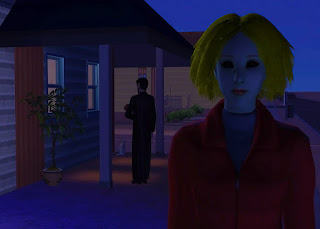 Don't worry about Chloe. Yann ran after her as soon as the baby was safely inside, and they had very hot sex on the sofa. Well, they thought it was hot. I only found it stressful, what with Nina asleep in the next room!!!

Anyway. Chloes goes, but leaves Elvis behind. And Nina... kinda ignores the new addition. Instead, we get some twin-potty-training action:

GOOD. I really couldn't stand the flies any more. 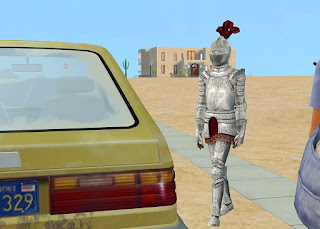 LOL Yann! At least that's a step up from the MacDo fries. 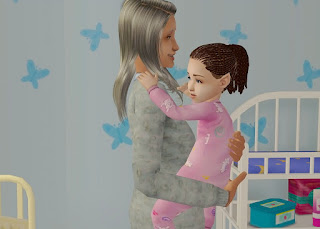 Nina is at work too, so we get to call Super-Nanny!!!! 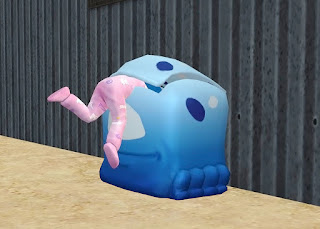 That's just Chaska being eaten by a Cthulhu-wannabe. 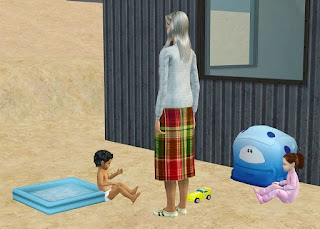 The toddlers in their natural habitat. It's not the fanciest, but hey! At least they've got enough room to play. 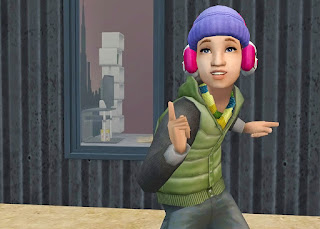 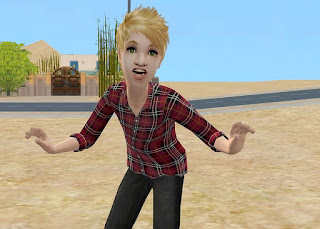 And Duanan Surprise! (Not your most flattering picture, buddy.)
Best school friends ever. 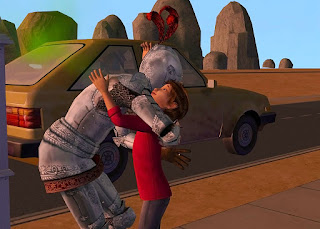 That would be sweet if Yann wasn't such a big can of green stench. Yeeeeeww. 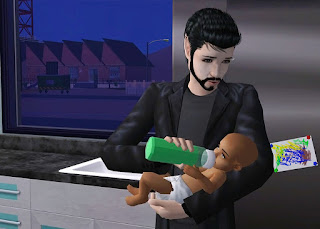 Yann, *after* the shower. And I'm melting. 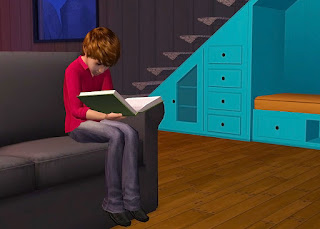 Just a random pic of Marvin being very serious. Nothing special about it... I just like the kid a lot. It's nice to see him grow; in my previous Strangetown, he started his life as a young adult.

Oh? You want to stargaze, and you want another baby?

Okay, then. Let it not be said that I don't play to my sims's wants! 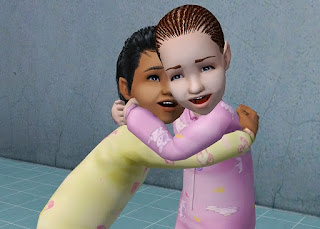 Chaska and Antay are very different, both in looks and personalities. I have a feeling Chaska will end up being the big sis', protecting her brother from evil bullies. 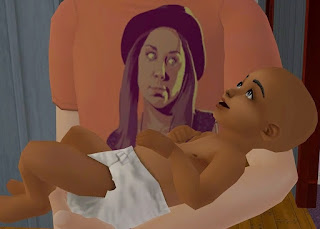 Yann's tee-shirt is keeping an eye on Elvis. 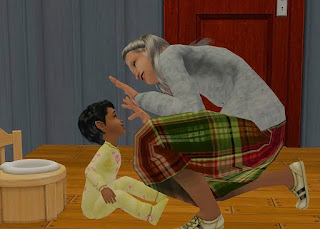 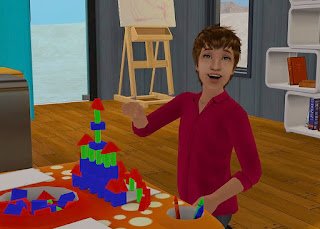 At least *someone* in this house is fabulous! 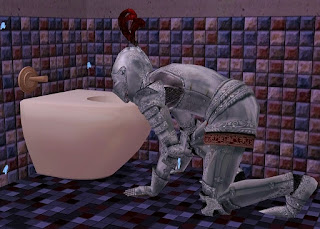 O.M.G.
Morning sickness in a can. I'm a bad person for finding this so funny!!!! 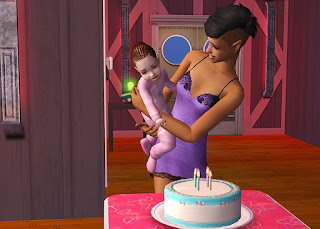 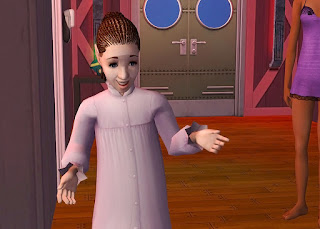 Chaska. It doesn't show on this pic, but she's ultra-cute. 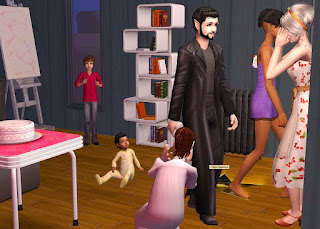 Jenny Smith has joined the party. She actually spent a lot of time cooing over the baby. I suppose Elvis is some sort of nephew, isn't he? 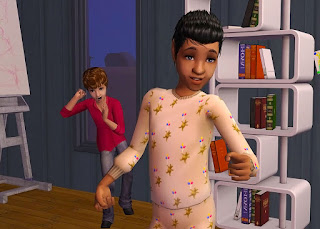 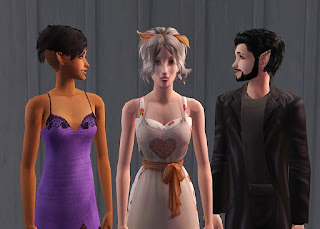 Might as well finish here for now! I still have more to post about the Fabulous... next time!
Posted by Raindrop Drinkwater at 19:39