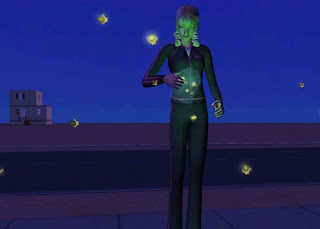 Marsha is Tank's girlfriend, and I'm a little bit jealous of Tank. Because Marsha's got it all. 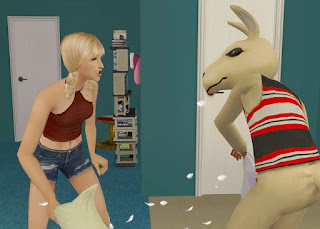 Everyone loves Marsha. And Marsha loves everyone. 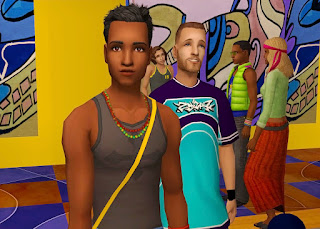 Everyone invites her to parties - starting with Mr Cool, aka Chuck Mitchelli. Notice poor Gabe Lim in the background, looking all dejected... 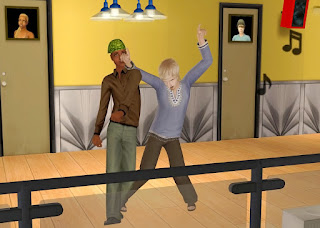 Meanwhile at the dorm, Buck makes friends by poking their eyes out. 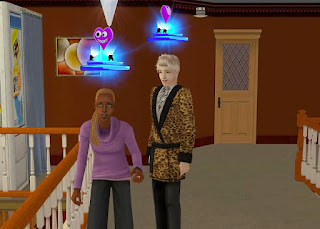 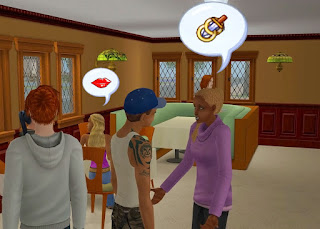 "Hi Random Dude. It's not that I like to cheat; I just can't stop myself."
Random Dude feels the same, apparently.

She then started fawning herself over *Darren* (you can see the back of his head). Don't you dare, Ophy. This one's all mine Deirdre's. 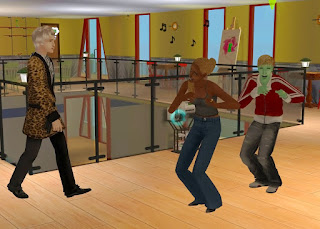 Ophelia's a multi-tasker. She can shake her booty for Johnny, and flutter her eyelashes at Patrick, all in one go! 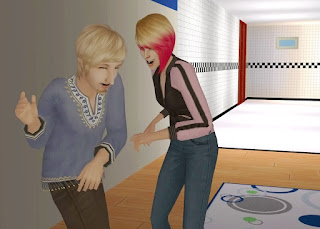 At least these two love-birds are committed to each other. 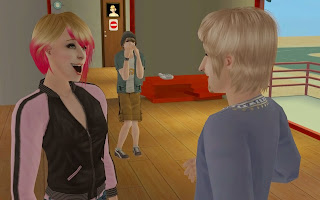 Come on, Ripp, you poor excuse of a Romance sim. She pinched her boyfriend's buttocks, and you're all shocked ???? Tell me another one. 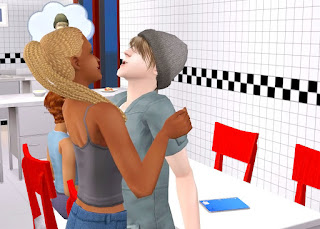 Now *that*, see, that should shock you. 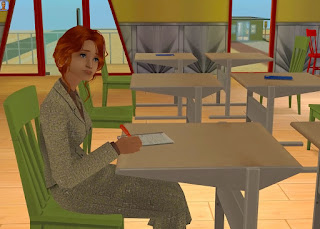 "You know, sometimes I wonder if Ripp is taking advantage of me..."

Bless. At least you're not alone, Rebecca. 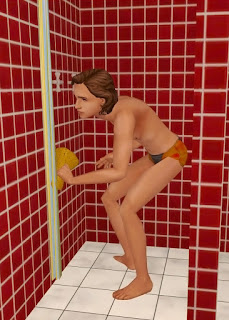 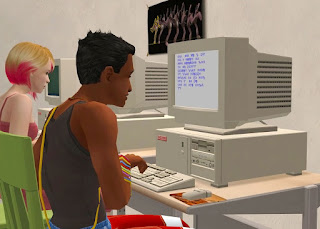 And Mr Cool. All working for the benefits of... 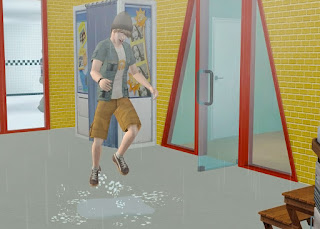 ... the most clever student on the campus. 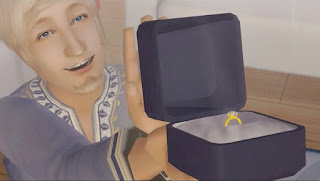 Awwwwwwwwww :-)
I hope that doesn't mean Jill will start cheating on him, now. 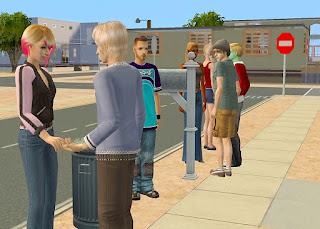 I wanted to give that Greek House thing a try, so I moved all my Smiths-Grunts to their own lot. Except for Ocean, because he hasn't even completed his first semester yet. 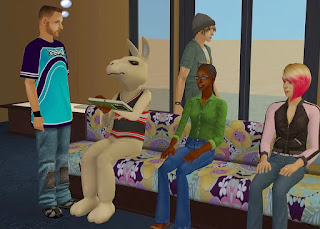 Tank: "Who are you and why are you sitting on *my* couch?"
Chill out, dude. You'll see a lot more of this before the term is over. Besides your brother is about to lead that girl to his bedroom - so you can grab her seat for a little while. 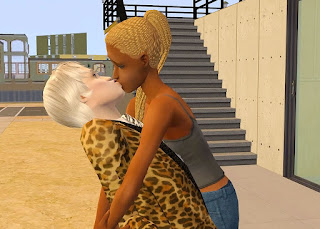 Moving out of the dorm didn't stop Ophy's shennanigans. Didn't even slow her down. Not that I really thought it would, mind. 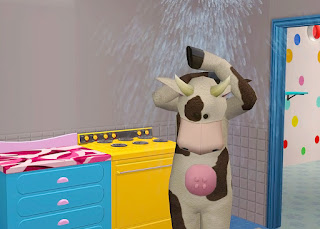 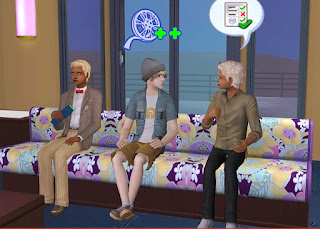 Ocean: "So, I found my long-lost dad, and since then I've been acing all my tests."

(Creepy by the way. The prof sitting on the couch? He was tagging along Ocean when Jill invited him in. Say whatever you want, I know the truth: he's Ocean biological father.) 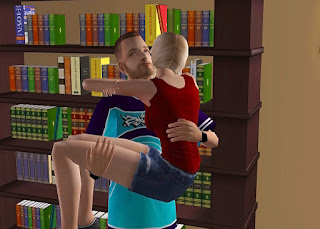 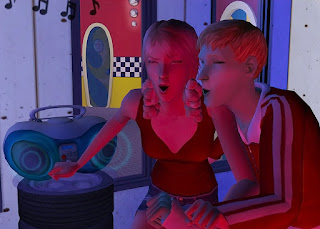 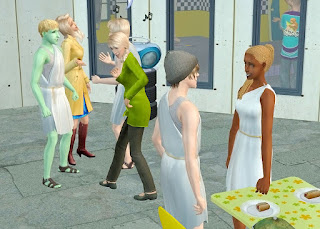 So apart from that toga party, I'm non-plussed by that whole Greek thing. I prefer dorms. 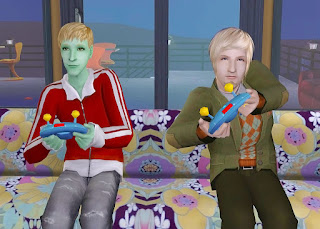 They still had a good time, overall. And me too! 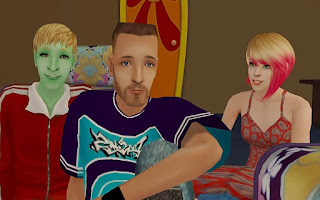 But it's time to say good-bye.

They all passed, with various degrees of success. Tank of course got an A++++, Cumma Sum Super Magnatus Laude. He even wrote one of Ripp's term papers.

Next? A small post about Mr Narcissus Ocean Smith, who I didn't want to cheat out of Uni. So I made a dorm just for him, ain't he lucky? But it's just going to be one post, I promise.
Posted by Raindrop Drinkwater at 19:21