Lazlo and his wife, Arianna the super-duper-good-witch -with-a-name-long-like-my-monthly-shopping-list moved out of the main Curious home while Arianna was pregnant because of a case of Too Many Rugrats. 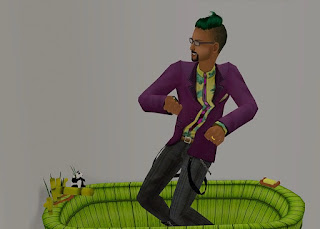 Lazlo isn't too upset by the move, thankfully.
He works as a journalist and somehow manages to spend more than he earns. 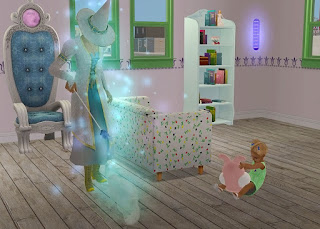 I suppose Arianna could sell some of the stuff she makes - eyes of newt smoothies and the likes - but as she's really lazy, playful, and has a toddler to look after (Samantha, on the right), well, let's just say wealth is a bit out of reach at the moment. 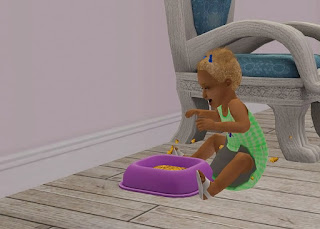 Hungry? In a pinch, supernatural cat food will do! 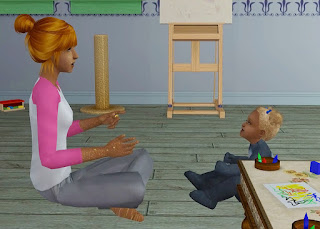 Samantha loves singing nursery rhymes, and her mum is happy to indulge her. 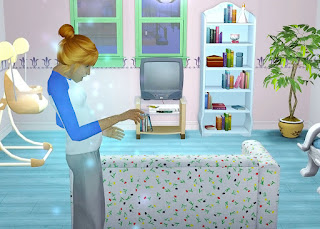 You know, when I saw them woohoo with their 107 Simoleons safely tucked under the mattress, I told Lazlo: "If you get her pregnant, I swear, you're keeping the baby!!!". Did they listen? Noooo. 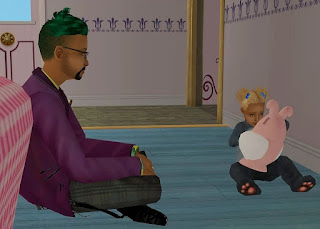 Lazlo works long hours, but still finds the time to play with his daughter. 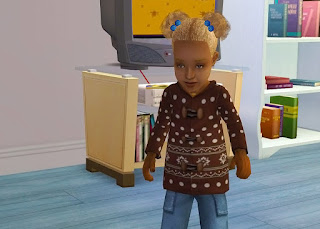 Why is she standing up like that? Birthday! Why no cake? Did I forget again? Nope, not this time... But a cake is a luxury they can't afford right now. 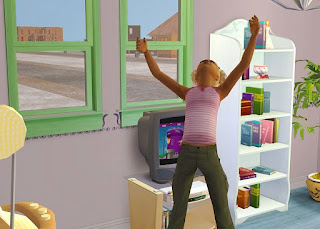 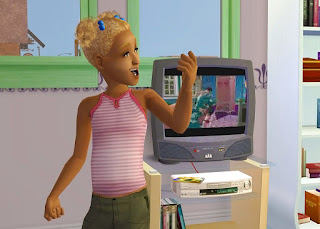 She's even more adorable as a child than she was as a toddler :-)

She's going to hate me soon, though, first time I'll tell her to mop up the bathroom floor. Between the three of them - Lazlo, Arianna and Sammie - they have about 4 cleaning points. Total. I'm amazed no one has been swallowed by flies yet. And Arianna hasn't finished making all the ingredients to spawn the magical servant... 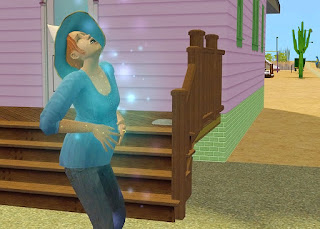 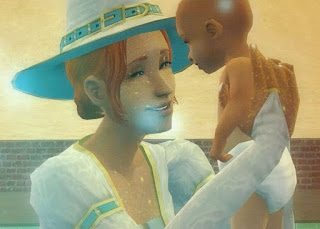 (Yes I know, the names are face-palmingly obvious. I have no shame.)

I've since installed a hack that gets rid of the aura. It's fun for five minutes, but past that, it just gets annoying. We'll see if I end up playing this household more, as a result... Still thinking of merging Lazlo back into the original family, because as much as I love him, he's more fun with his brothers around.
Posted by Raindrop Drinkwater at 22:20