Last time we saw the Surprise family, they'd just acquired a stretch of bare land. We now have walls and a roof - though I made a mess of it and will have to redo the house. We also have two new family members.

The first one is Phil Jitmakusol. He moved in and dyed his hair.

The second one? You may remember Deirdre got pregnant about 5 minutes after finding the bed. She gave birth to a son, Dagfinn.

She can't wait to hand him over to Darren. I wonder why.

Oh, and? She's pregnant again. Urgh. I could have done with a break.

They're not neglectful, just a bit busy.


Darren brought Samantha Ottomas home from work. Bleh. I'm not going to move her into Strangetown, so don't spend too much time socializing, Darren. 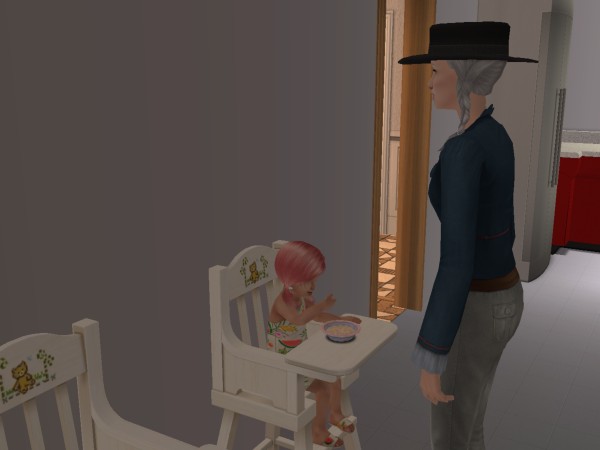 After having burnt down the whole kitchen, Surprise musters up enough energy to feed Flykra. 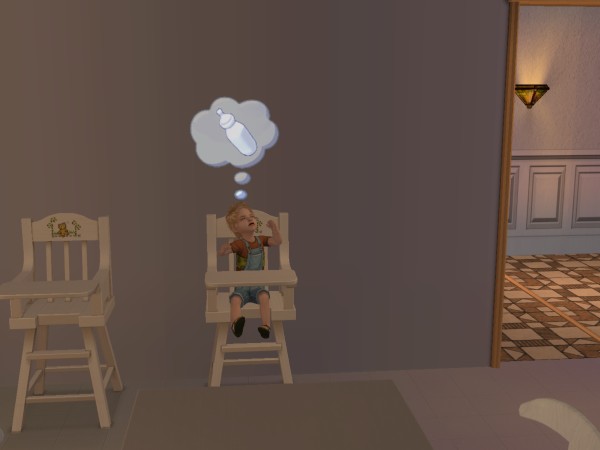 Duanan wasn't so lucky.
Surprise stopped half-way to the fridge and chose to hike back to the living-room to lounge on the couch instead. I seriously had to kick her arse to get her to feed her grandson.

I'd show you a picture of Toddler!Dagfinn at this point, but he's still a baby. Birthday failure! Boo hoo! 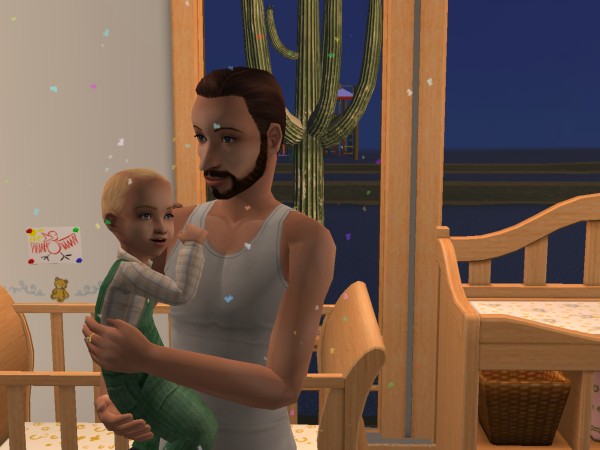 Thankfully Phil was autonomously awesome, again, and aged little Dagfinn into a cutie. He's seriously adorable, so be ready to be toddler-spammed!

No-one rolled any important wants for Dagfinn. Oh well, too effing bad. You'll have to teach him anyway.

It's time for the two older toddlers (who are one day late anyway...) to turn into self-sufficient children!!! YAY! 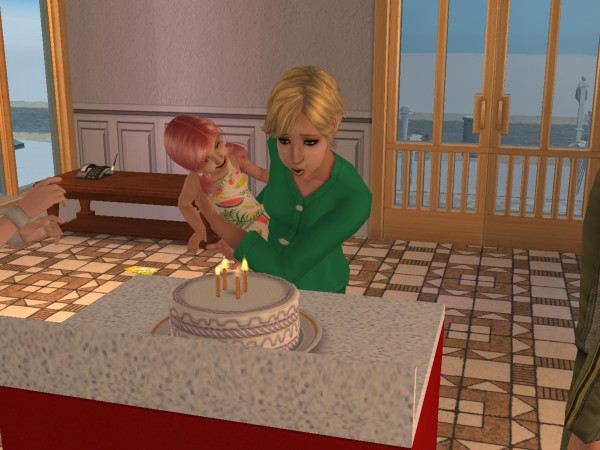 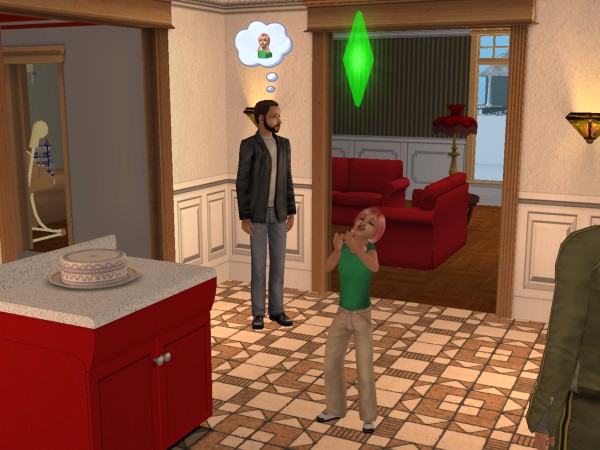 A snog. Samantha was stalking Darren. Deirdre is quite clearly marking her territory.

Okay, *now* we can move on to the next birthday: 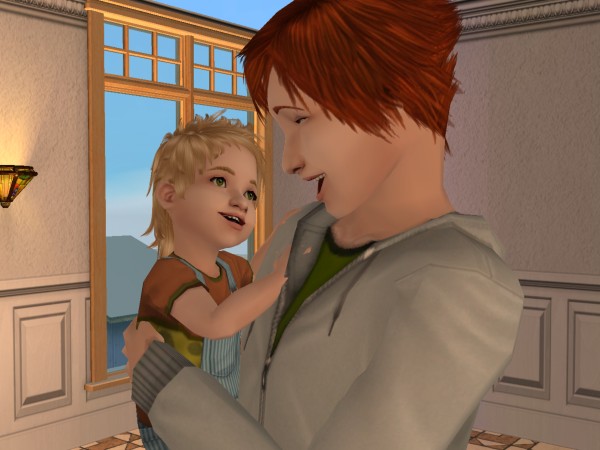 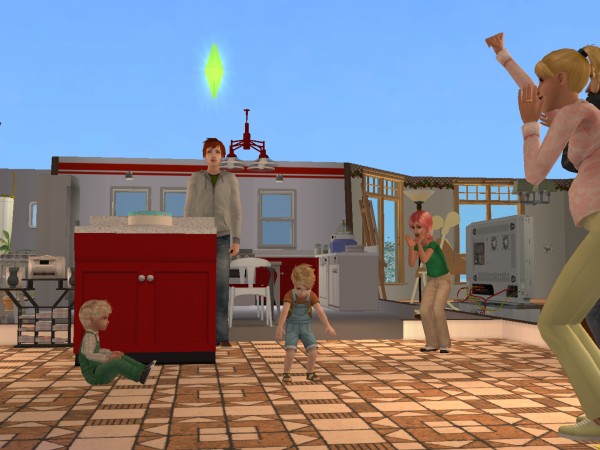 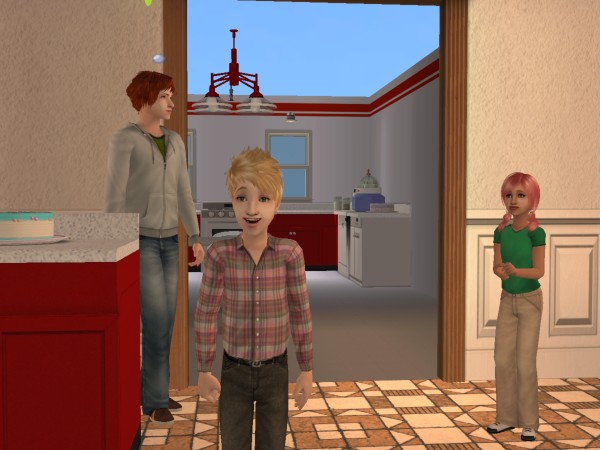 (Sorry for the lack of roof!)

Awwwww, at least someone cares about little Dagfinn!

The kids needed new clothes, and Darren needed more friends and charisma points to get promoted - so I sent my sporty guy to the community lots.

At least he got his charisma points after that. 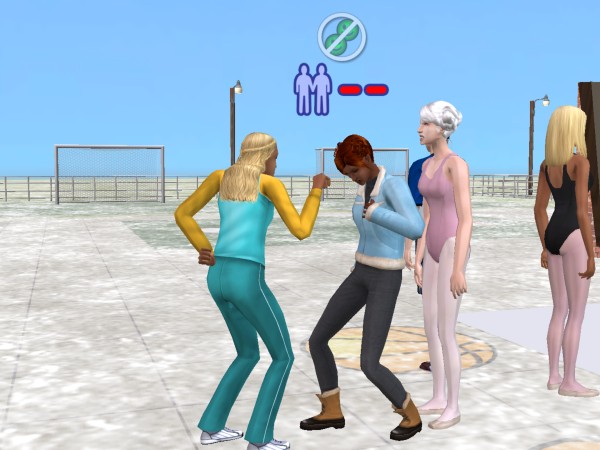 Darren left just as things were getting interesting.  I don't know who's that chick in the middle, but she kept getting poked at by Crystal Vu and that random Prof. in the leotard standing behind her. In fact, she was the middle of a poke sandwich.

... That sounds dirtier than I intended.

Watch out. As I've mentioned, I've installed Raptr. Expect to see *lots* of high-res toddlers in the future. Sorry in advance. 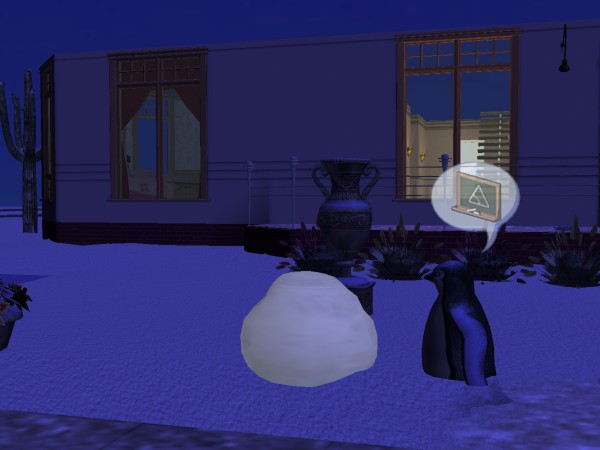 "You should be at least three times as high." 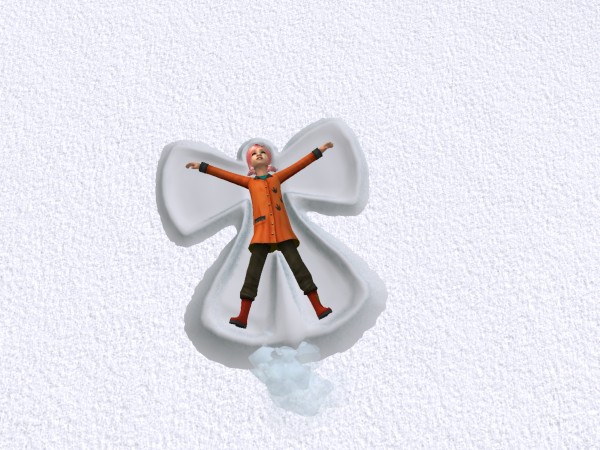 (Sorry for the lack of walls, this time!!! Blimey!)

There's about three available loos in the house. Including one just outside the nursery. 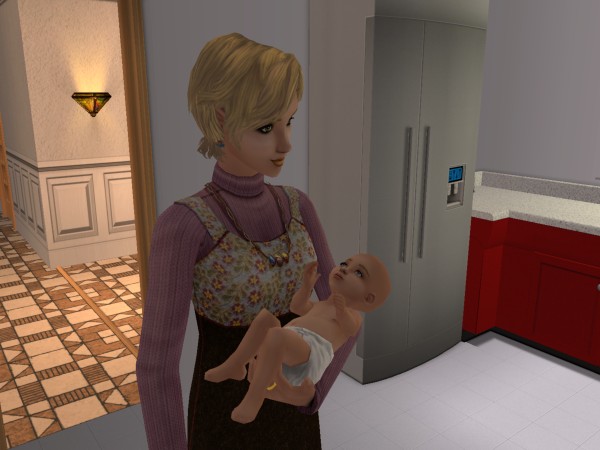 It's a girl! I'm tempting fate by calling her Svanhild.
Svanhild died in a fire in my previous version of the Surprise "legacy". 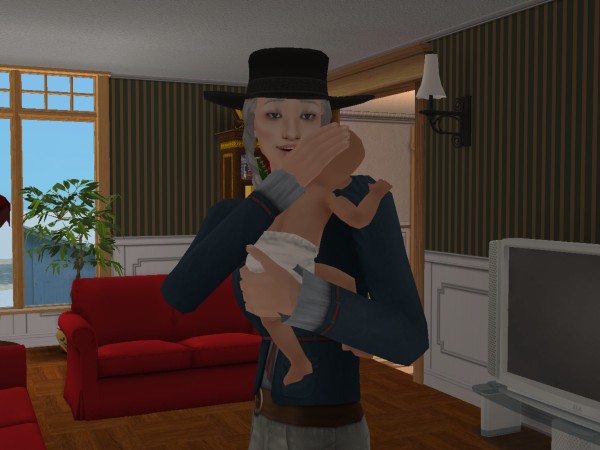 I'm glad Surprise is so delighted by the new baby, because...


Deirdre's off to work! Work that LTW, girl!

You might even get a promotion between two pregnancies...
Posted by Raindrop Drinkwater at 21:40