Strangetown 01.09: The Singles have a baby

Last time we saw the Singles in their household, they were fraternising with the locals. Except Erin, who was fraternising with her diary. We then followed Chloe to the Surprise households, who were completely oblivious to her and her lover's presence.

Back at home, it's the umpteenth time I've sent Kristen to the mirror, and I still don't have a clue what look I want for her. Nothing feels right. 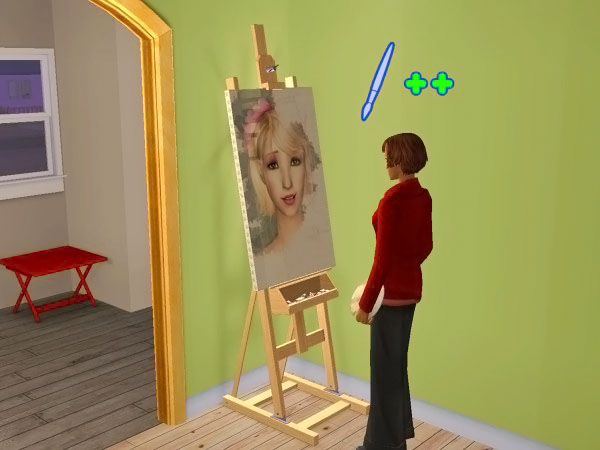 So I get her to pain *Erin*'s portrait rather than her own. Erin's cute. Not the sharpest pencil in the box, but adorable nonetheless. 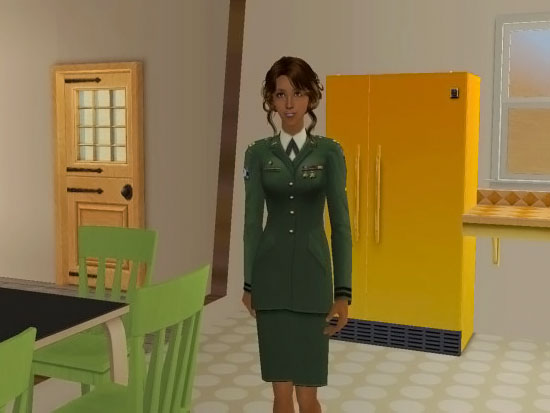 Yes, I sent her to the mirror again. I'm still not happy, but she has to go to work. 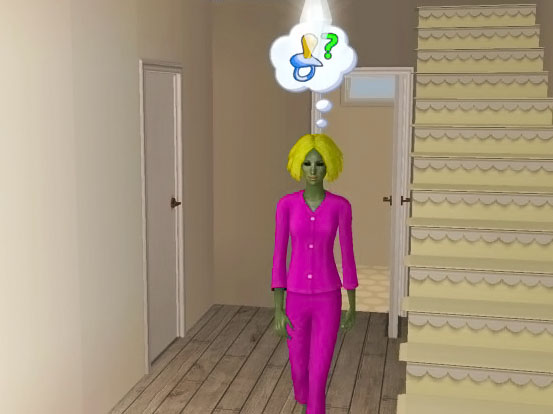 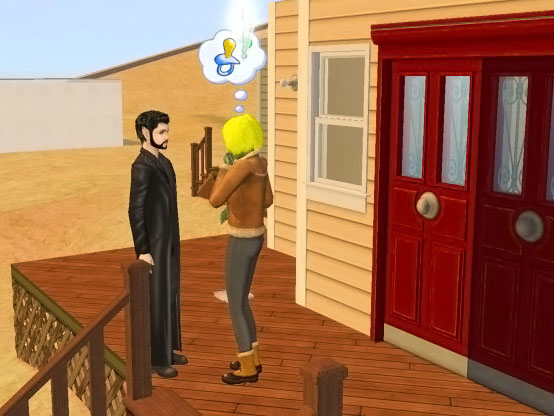 Booty call. They haven't seen each other for, what?, three hours, top?
She casually mentions she might have caught a case of the baybees. 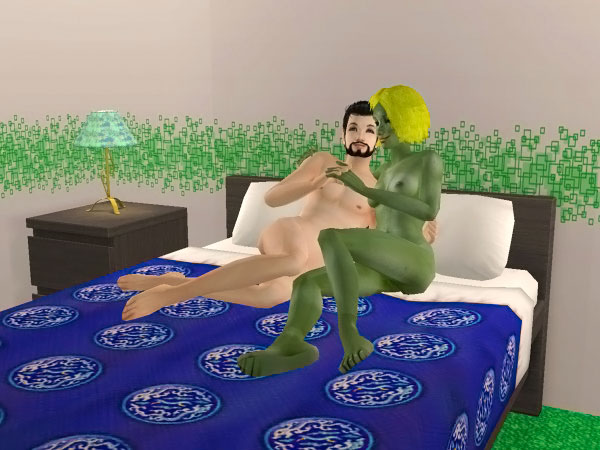 Not pictured: Erin's only visible action of the day: invite a random townie in. She then retreated to whatever she's doing when she's alone. Popularity sim my *£%*.

Three's a crowd, baby. Move out. 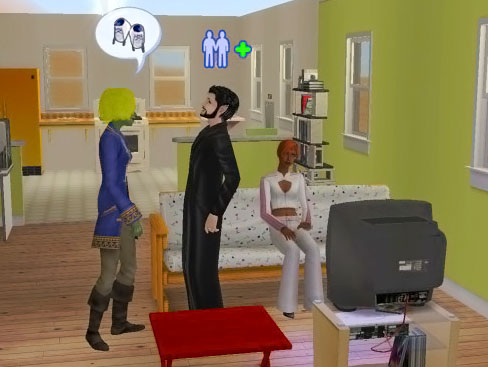 "You'll help with teaching the baby to walk, won't you?"
"Sure. Can't wait."
How they'll manage that with Yann's wife around is beyond me. 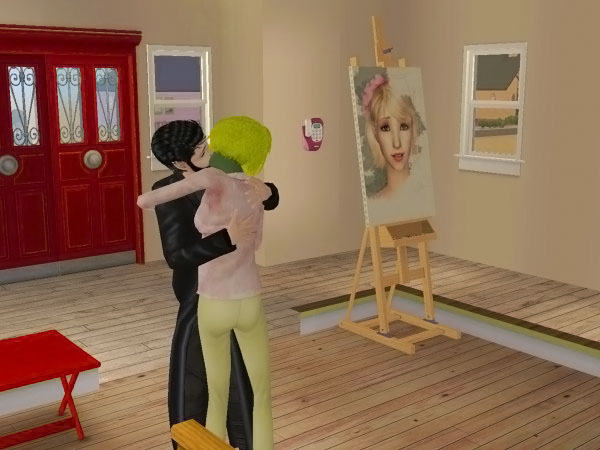 Chloe pops. Then these two jump on each other... I didn't know Maxis had coded a pregnancy fetish in this game? 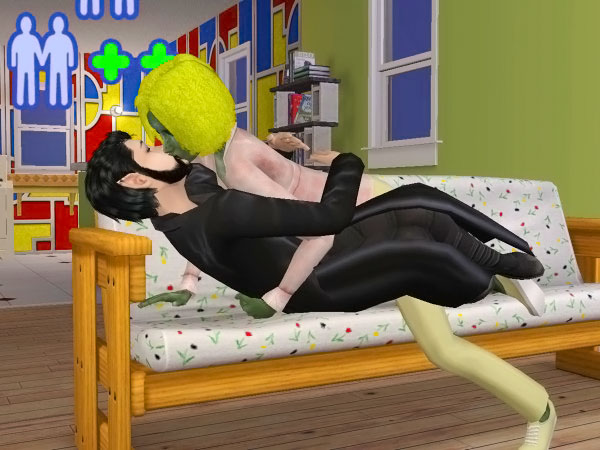 ...
He's got less bolts with Chloe than with Nina, but certainly doesn't behave as such. 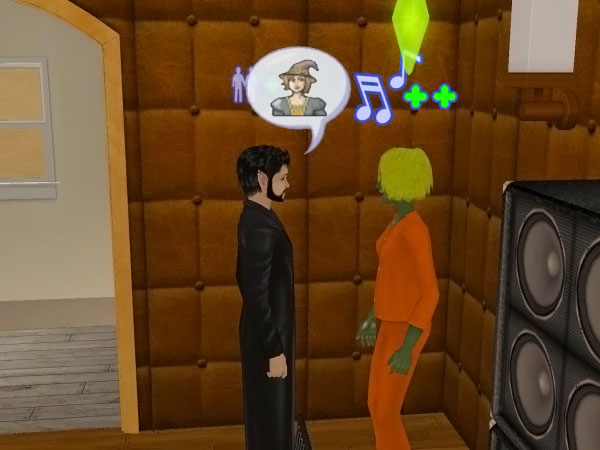 "Sometimes I think you've bewitched me."
So do I, Yann, so do I. 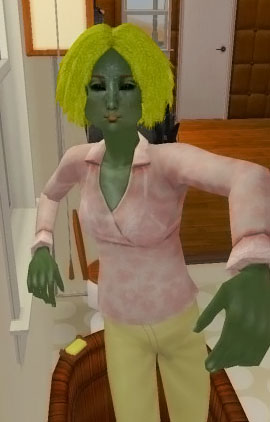 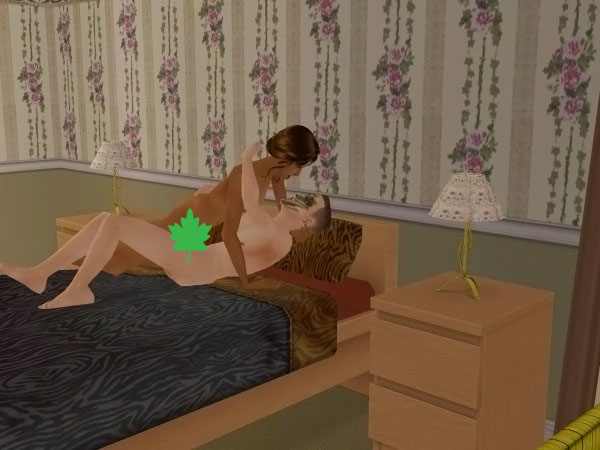 Kristen, not one to be left out, invited a colleague from work... Figures. She asked him on a date; lots of woohoo ensued, because that's pretty much the only want either of them rolled! 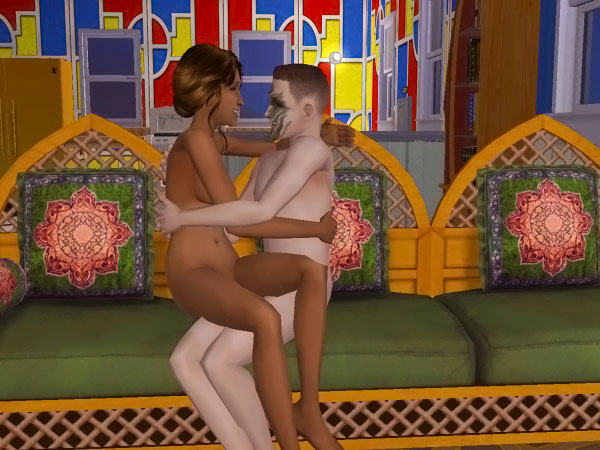 With the money Kristen earned that day, the girls bought a sturdier couch. Much needed. 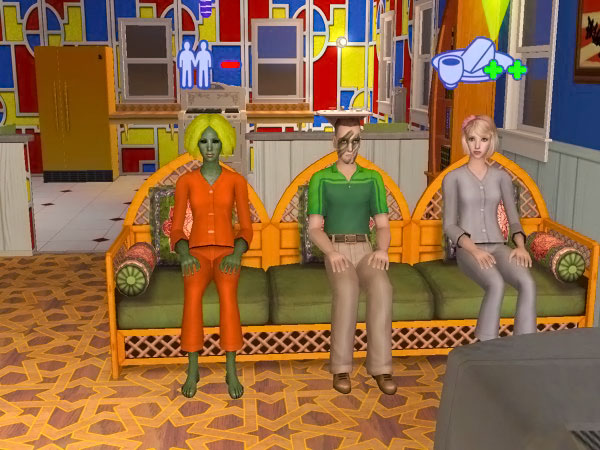 It's still not a great couch for socializing, though. 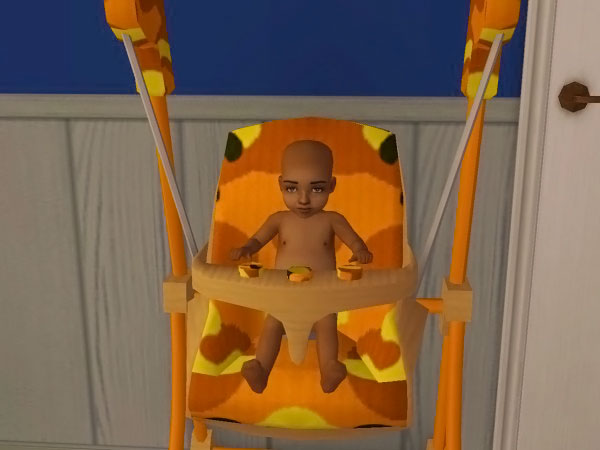 It's a boy, Elvis! With dark hair, tanned skin, and his dad's blue eyes.

I'm sure you won't ever guess who turned up five minutes later. No, really. 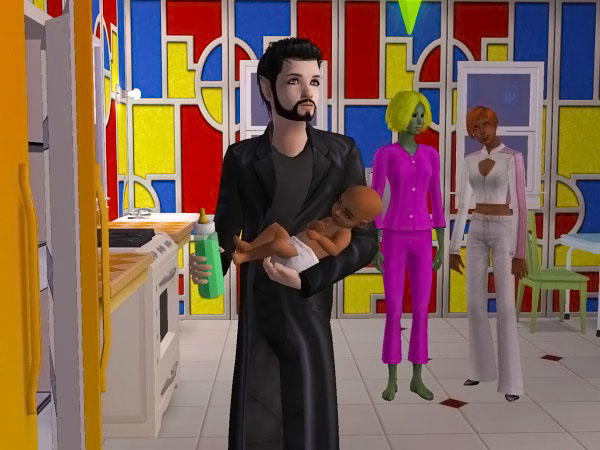 The only thing I did at this point was to make Yann selectable. I didn't control him. He fed the baby, bathed the baby, cuddled, played, held him... basically couldn't let go of him. Tore my heart, he did.

I don't know what to do. Seeing Yann with his newborn baby... I really don't know. I'll have to think.

Posted by Raindrop Drinkwater at 15:47