This is a short update - still before I got into the habit of taking pictures.

So, the Singles. It should be simple, right? Four Three girls living together with no man in sight, just like Charlie's Angels.

Why only three? Because Lola grabbed herself a Landgraab while she was shopping for clothes:


I must have pictures of their (very intimate) wedding somewhere. Can't find them. Anyway, doesn't matter. She's up the duff and will stay that way for the foreseeable future.

Kristen has a job in the army, Chloe wants to become a rock star and is actually on the right career track, and Erin is... not doing much. After shuffling a few families around (mainly because of the Fabulous, because Yann can't stop trying for babies), I moved our three Angels into a good sized home: 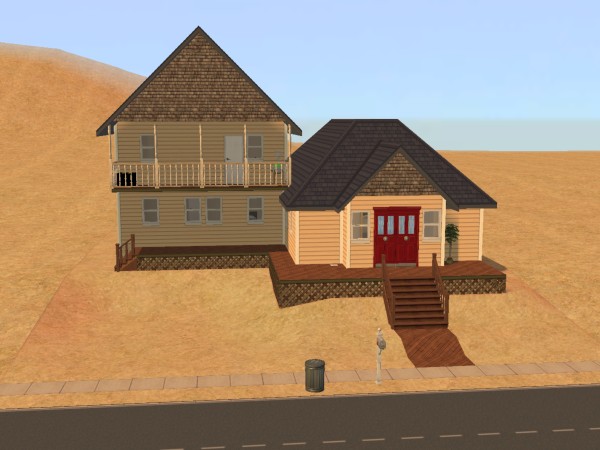 The first floor will be easy to expand if I knock off the roof (that's why it's a crappy roof), and there's enough space for one car.

So we have:
She's only doing that because of the outfit I picked for her.
Erin's a true popularity sim. Meaning, she writes in her diary while her roomies do the socialising. Behind her, Chloe's very hungry because she's just had a bit of fun with Makoto St Julien, thanks to Christian Love who set her up on a date with him.

Kristen, meanwhile, got a promotion from schmoozing with Cameron La Shawn, and is fast becoming Checo Ramirez's new best friend. 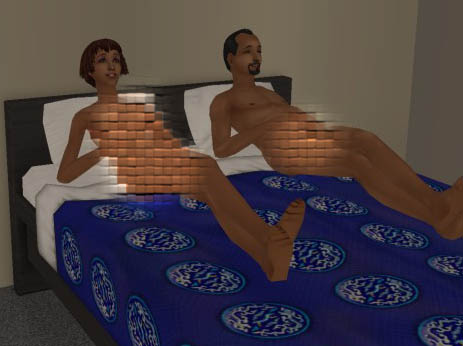 Ah oops. Checo, I thought you were married?

Well, on the plus side, Kristen has a new friend and thankfully, I didn't hear any jingles. We're off the a great start.

Then, Chloe goes to work...

And brings back home a co-worker... friend (He's not in the music industry, actually. He was just walking past).
Yann Conchita Fabulous, knowledge sim, father of three. I had noticed he wasn't mad keen about his wife, but still... It took them about five minutes to get to that stage. Chloe didn't even really have to flirt with him. It just... happened.


I don't have a portrait of Kristen because I haven't decided on a look for her yet.

Next: the rotation is starting to be a bit less random - I think the Grunts are next.

Posted by Raindrop Drinkwater at 16:48